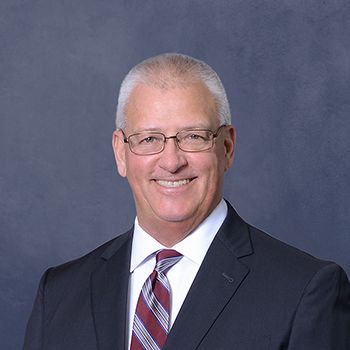 Born in 1952 in Independence, Missouri, Mr. DeHardt is a lifelong area resident and currently lives in Kansas City, Missouri. He graduated from Van Horn High School in 1970, attended Washington University in St. Louis, Missouri, and graduated from Rockhurst College in Kansas City, receiving a Bachelor of Science in Business Administration in 1974. He attended the University of Missouri-Kansas City and received a Juris Doctor in 1977. He has actively practiced law since 1977 before the Courts of the State of Missouri, the Missouri Court of Appeals-Western District, and for Kansas and the United States Federal District Court for the Western District of Missouri, and the United States Court of Appeals for the Eighth and Tenth Circuits. He is a former Jackson County, Missouri, Assistant Prosecuting Attorney, and Assistant Public Defender. Mr. DeHardt practiced law for 30 years as a principal in the firm of McQuain, DeHardt & Rosenbloom, P.C., and is now a shareholder in Shipman & DeHardt, P.C.

In 1996, Mr. DeHardt was appointed by the Kansas City Bar Foundation to serve on the Board of Directors of the Missouri Lawyers Trust Account Foundation (IOLTA). He served as president of IOLTA in 2002.

Mr. DeHardt is married and has five children.

Trust in my straightforward advice for your case.